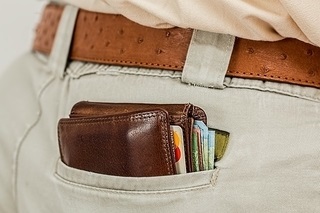 Why Did The Stock Market Do That?

The great mystery of stock markets reared its head last week. With no clear driver, the Dow Jones Industrial Average gained more than 3 percent, while the Nasdaq Composite and Standard & Poor's (S&P) 500 Index moved higher by about 2.5 percent. It was a puzzler. Ben Levisohn of Barron's explained:

"Given those gains, we'd expect a heaping helping of good news, but not much was forthcoming. Earnings reports from [two large multinational companies] left investors wanting. And economic data were either bad or terrible in the United States - industrial production declined in January, the first drop in eight months, while December's retail sales fell the most for any month since 2009. But who needs good news when the United States and China are reportedly making progress on trade talks? Yes, the details remain a little fuzzy, but at least the tone is more constructive."

It probably wasn't just optimism about China that pushed markets higher. Consumer Sentiment, which gauges Americans expectations for the economy, was up more than 4 percent month-to-month. One driver of consumer optimism was relief the government shutdown had ended. Another driver is a change in inflation expectations, which are at the lowest level seen in half a century. Americans think inflation will remain low and they anticipate wages will rise. The Federal Reserve's newly accommodative attitude hasn't hurt, either.

When markets rise, as they have during the past few weeks, it may be tempting to take a more aggressive stance and tilt your portfolio toward U.S. stocks. This may not be a good idea.

What’s In Your Wallet?

You're at the checkout. How do you pay for your purchase? Do you reach for a credit card, debit card, cash, check, or some form of electronic payment, such as a mobile wallet or wearable?

The Federal Reserve Bank of San Francisco's 2018 Findings from the Diary of Consumer Payment Choice (DCPC) found participants preferred to pay using debit cards. The order of payment preference was like this:

Here's an interesting side note. The more money a household earned, the more likely they were to pay by credit card.

The shift in preference begs the question: Do wealthier people have more debt? Some do, but wealthier households are more likely to pay off credit card debt each month, according to author Tom Corley who was cited by Credit.com writer Gerri Detweiler.

If you use credit cards frequently and haven't been paying down your balance each month, it may be a good idea to do a simple calculation to determine how much you are paying in interest each year. Just multiply the interest rate you pay by the amount of debt you carry. The amount may surprise you. Nerdwallet's American Household Credit Card Debt Study reported, "Households with revolving credit card debt will pay an average of $1,141 in interest this year."

If retirement is 10 years in the future, saving $1,141 a year, and earning 6 percent annually on the money, could provide about $16,000 in additional savings. If retirement is 30 years away, you could increase your savings by about $96,000*. It's food for thought.

*This is a hypothetical example and is not representative of any specific investment. Your results may vary.

"Wealth consists not in having great possessions, but in having few wants."