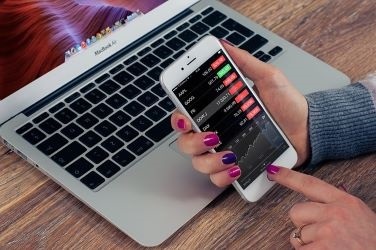 Who'd A Thunk It?

In the infamous words of Mortimer Snerd, "Who'd a thunk it?"

After U.S. stocks dropped sharply during the last weeks of December 2018, investors were not optimistic about the future. Early in January 2019, the State Street Investor Confidence Index dropped to its lowest point since 2012, and the American Association of Individual Investors (AAII) Sentiment Survey showed just about 31.6 percent of investors as bullish. The long-term average for bullishness is 38.2 percent.

How things have changed!

The Standard & Poor's 500 Index finished the second quarter up about 17 percent year-to-date, according to Ben Levisohn of Barron's. The index gained 6.9 percent in June, its best performance since 1955.

Stocks weren't the only market delivering gains. Bond markets did well, too. Corrie Driebusch of The Wall Street Journal reported the yield on 10-year Treasuries finished the quarter at 2 percent. That was significantly below its yield at the end of March 2019. Remember, when bond yields fall, bond prices rise.

The strong performance of both markets owes much to changing policies at the Federal Reserve. Randall Forsyth of Barron's reported,

"The first half of 2019 was terrific for financial markets, regardless of whether you were a stock or bond investor...a good first six months largely reflects the pivot by the Federal Reserve from its stance last year, when it indicated that it would raise short-term rates multiple times. In early January, Fed Chairman Jerome Powell said the central bank would be "patient" in boosting rates and then, in late spring, shifted to indicate that the next move is likely to be a cut."

Stocks didn't follow a steady upward trajectory during the second quarter, reported Forbes. Signs the U.S. economy could be softening combined with trade tensions between the United States and China caused major U.S. indices to lose ground in May before climbing higher again in June.

On Saturday, following the G20 Summit - a confab between leaders of 19 countries and the European Union, as well as representatives from the International Monetary Fund, and the World Bank - China and the United States agreed to restart trade talks, reported Reuters. President Trump indicated current tariffs on China will remain in place, but additional tariffs will not be assessed, according to CBS News.

While it appears to be positive news, managing director of the International Monetary Fund Christine Lagarde stated, "While the resumption of trade talks between the United States and China is welcome, tariffs already implemented are holding back the global economy, and unresolved issues carry a great deal of uncertainty about the future,"

Last week, the S&P 500 was down slightly, as were yields on 10-year Treasuries.

Hold onto your hats. We could see some volatility during the second half of the year.

The United States and China have resumed trade talks, but it could be a while before things settle - and all tariffs may not be removed even if talks are successful. Since, there is a lot of misinformation floating around about tariffs, we want to review the basics.

When the United States puts tariffs on Chinese goods, China does not pay the tariff. American companies that import goods from China pay the tariffs. These companies may absorb the cost or pass the cost on to consumers by raising prices.

In some cases, manufacturers of complementary goods have raised the prices on items which aren't subject to tariffs. (Complementary goods are products typically sold together like flashlights and batteries, printers and ink cartridges, or washers and dryers.)

Greg Rosalsky of Planet Money reported on tariff research from the Becker Friedman Institute for Economics at The University of Chicago reported the phenomenon. Rosalsky wrote,

"In early 2018...the Trump administration implemented tariffs on washing machines imported from all over the world. It's a 20 percent tariff on the first 1.2 million washing machines sold a year and a 50 percent tariff on every one after that...New washing machines in America got about 12 percent more expensive...dryers also got more expensive even though they weren't subject to the tariff. That's because washers and dryers...are typically bought at the same time...so the full effect of tariffs on prices is only visible after factoring in the price of the complementary good - dryers."

"American farmers have been among the hardest hit so far. China is the top market for many of their biggest crops and Beijing hit those crops with retaliatory tariffs...The single biggest agricultural export from the United States are soybean sales, most of which went to China before the trade war."

"To argue against the global economy is like stating opposition to the weather - it continues whether you like it or not."