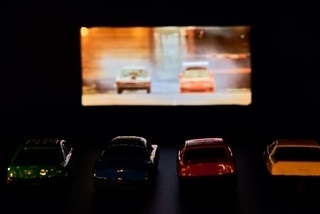 Who Could Have Guessed?

Who could have guessed a global pandemic would produce outsized stock market returns? Near the end of last quarter (March 23), the Standard & Poor’s 500 Index was down 30.75 percent for the year, and it looked like 2020 was going to be a disappointing year for many investors.

Since then, the S&P 500 has gained 39 percent, reported The Economist. It rose 20 percent from March 31 to June 30. The Dow Jones Industrial Average also did well, delivering its second best quarterly showing since 1938. The Nasdaq Composite finished the quarter in positive territory.

A variety of factors contributed to the exceptional performance of U.S. stock markets during the quarter:

“On Tuesday, the Conference Board reported an 11-point rise in the June consumer confidence index, to 98.1 points. Economists’ consensus estimate had been for a 90.6 reading. American households remain more optimistic about the future than their current circumstances: the present situation index component of the survey rose 15.1 points, to 86.2, while the expectations index rose 9.1 points, to 106.”

It is possible consumer confidence in the United States will be dented by the recent upsurge in coronavirus cases. Last week, the spread of COVID-19 was gaining momentum again. Every day, from Wednesday through Saturday, more than 50,000 new cases were confirmed.

Many states and cities implemented new measures to slow the spread. One of the most important may be mask wearing. Researchers at Goldman Sachs reported:

“Thus, the upshot of our analysis is that a national face mask mandate could potentially substitute for renewed lockdowns that would otherwise subtract nearly 5 percent from GDP. It is important to recognize that this estimate is quite uncertain because it is based on a number of statistical relationships that are all measured with error. Despite the numerical uncertainty, however, our analysis suggests that the economic benefit from a face mask mandate and increased face mask usage could be sizable.”

LET'S ALL GO TO THE DRIVE-IN!

Americans’ search for socially-distanced entertainment is leading them to drive-in theaters. Demand has been strong enough that pop up drive-ins are opening in sports venues, arenas, and fairgrounds across the United States, reports Sara Fischer of Axios News.

In the 1950s, there were more than 4,000 drive-in theaters in the United States. By October 2019, the number had dwindled to 305. More than one-third were concentrated in Pennsylvania, New York, Ohio, Indiana, and California, according to the United Drive-In Theater Owners Association.

Outdoor movie theaters tend to operate on razor-thin margins, reported The Washington Post. “…Drive-ins in the 21st century have flourished in more working-class and rural areas where land is cheaper, and the venue appeals to families seeking to pile in the car for a night of inexpensive entertainment.”

Now, we are seeing a resurgence of interest in outdoor movie venues. The sponsor of the Tribeca Film Festival has partnered with big box stores. They’ll be bringing “…the big screen to America’s backyard this summer…,” by offering movies in store parking lots.

So, set up the lawn chairs or deck out your cargo space with pillows and blankets, and settle in to watch some movies from a safe social distance in the great outdoors.

“Outside of a dog, a book is a man's best friend. Inside of a dog it's too dark to read.”