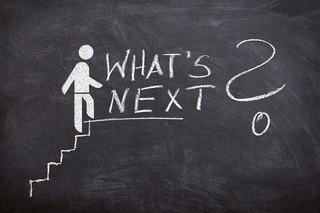 Investors were rocked by economic data showing the economy hit the brakes hard in December.

Last week, major U.S. stock indices decelerated as investors gaped at the economic damage caused by the rising number of coronavirus cases around the world.  There have been more than two million COVID-19 deaths globally, with more than 390,000 deaths in the United States.  The spread has resulted in new lockdowns and restrictions, which have hurt economic recovery.

“This past week – with the market looking ahead to the inauguration and what might be in store following the Capitol riots and Donald Trump’s second impeachment – was a terrible one for economic data.  Whether it was small-business confidence, consumer inflation, or just about anything else, the numbers painted a picture of an economy that was slowing more rapidly than expected. Initial jobless claims, which spiked to their highest level since August, and retail sales, which fell 0.7 percent, were particularly frightening.”

On Thursday, President-elect Biden explained his $1.9 trillion economic relief package.  The announcement of new stimulus did not move investors. Katherine Greifeld of Bloomberg explained that may be because any potential impact of additional stimulus has already been priced into markets, as have the new administration’s longer-term plans for infrastructure spending.  The final relief package that gets passed by Congress may be smaller as well.  Randall Forsyth of Barron’s cited a Goldman Sachs economist, who estimated it will only be about $1.1 trillion.

Investors are also keeping an eye on inflation, which remains relatively low but has begun trending higher, according to Jeffry Bartash of MarketWatch.  During the past few months, the core rate of inflation has remained below the Federal Reserve’s 2 percent target.  However, Jonnelle Marte, Ann Saphir and Howard Schneider of Reuters reported that, as inflation expectations and bond yields move higher, bonds may provide more attractive returns, pushing income investors to shift away from stocks and into less risky opportunities.

Last week, the Standard & Poor’s 500 Index lost more than 1 percent for the first time since October.

TRADING TEETH FOR TREASURE DURING THE PANDEMIC. Around the globe, the pandemic helped make 2020 one the most challenging years ever for dentists.  Dental Tribune reported most dental offices around the world closed their doors in March.  While most eventually reopened, the impact on dental practices and their suppliers was significant.  Many had to adopt cost-cutting measures.

The Tooth Fairy did not suffer the same fate.

In August 2020, Delta Dental’s Original Tooth Fairy Poll® found, “…the Tooth Fairy’s average cash gift increased 30 cents resulting in a total of $4.03 per tooth.”  The value of a lost tooth has tripled since the poll began in 1998.  (The going rate was about $1.30/tooth back then.)

Four dollars may seem steep but the United States is not the only country where lost teeth command high prices. For example:

Visits from the Tooth Fairy offer teachable moments –creating times when you may be able to get kids interested in learning about money. One way to get the discussion going is to ask how they plan to spend the generous gifts from the Tooth Fairy.  Once you have listened to the answer, you may want to offer other ideas like saving or donating part of the money.

“Inflation is when you pay fifteen dollars for the ten-dollar haircut you used to get for five dollars when you had hair.”