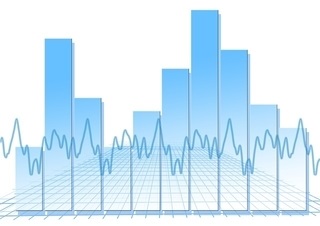 It has been said that people often see different things even though they are watching the same event.  That seems to have been the case last week when share prices of several companies experienced tremendous volatility.

Some cast the events as a David vs. Goliath morality tale.  However, Michael Mackenzie of Financial Times saw it differently. He wrote, “…a speculative surge from retail investors using borrowed money…has in the past signaled a frothy market top.”  (In financial lingo, a market is ‘frothy’ when investors drive asset prices higher while ignoring underlying fundamentals.)

No matter how you characterize it, the events of last week were unusual.  Felix Salmon of Axios explained, “Almost never does a stock trade more than twice its market value in a single day…It has happened seven times this week already, and 20 times this month…What we've seen in the past month, and especially the past week, is certain companies becoming little more than vehicles for short-term gambling.”

While the social-media-driven trading spectacle was fascinating, it overshadowed other substantive news that may affect more companies over a longer period of time:

In January, the Merriam-Webster Dictionary added 520 words to its pages.  The additions included new words that have found their way into common use, as well as expanded definitions for words that were already well-established.  Here is a sampling of the new entries:

As new words become common or expand their meanings, other words become obsolete.  What are some words that explained the world when you were younger and have fallen out of use?  Britches, floppy disk, icebox and yuppie come to mind.

And next year's words await another voice.”