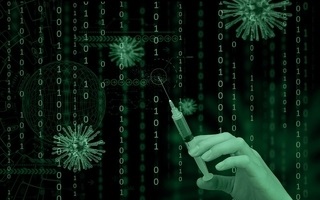 Vaccines and a (Digital) New Normal

Neanderthal DNA may make people more – or less – susceptible to COVID-19, reported The Economist.  It all depends on whether you have the genes and, if you do, which DNA string you inherited.

No matter what your gene sequence looks like, vaccines can help fight the virus.  So far, all the vaccines available in the United States have proven to be effective in preventing hospitalization and death from coronavirus, according to the Centers for Disease Control (CDC).

We saw the economic effect of accelerating vaccinations last week when the number of new jobs created in February exceeded expectations.  The Bureau of Labor Statistics reported there were 379,000 new jobs, primarily in the leisure and hospitality sector, which was hard hit by the virus and lockdowns.

The Economist reported, “…there is a strong case for optimism.  The experience of places such as New Zealand and Australia is that once the threat of coronavirus has passed, people are keener than ever on being out and about.  Meanwhile, the vaccine roll-out continues to accelerate…The Senate is considering another $1.9trn in stimulus, including [checks] of $1,400 to most Americans.  The job market has been deeply wounded. But there are growing reasons to hope that it might heal rapidly.”

Last week, investors disdained companies they have previously favored.  According to a source cited by Ben Levisohn of Barron’s, who analyzed the market by screening “…for stocks that had supersized 12-month returns at the end of 2020, faster relative growth, price/earnings ratios that were more than double that of the Russell 1000, and a minimum market capitalization of $10 billion…all of which fell at least 9 percent this past week.”

“CBDC is different from cash, as it comes in a digital form unlike physical coins and banknotes.  CBDC is also different from existing forms of cashless payment instruments for consumers such as credit transfers, direct debits, card payments and e-money, as it represents a direct claim on a central bank, rather than a liability of a private financial institution.  This type of riskless claim also makes CBDC different from cryptocurrencies…or other private digital tokens…”

There are many potential benefits of CBDC. The Economist reported:

“Cashless transactions make for faster, more reliable payments and are less susceptible to counterfeiting.  Issuing digital cash is cheaper than minting coins, so long as it is protected against hacking.  Officials also have an easier time monitoring how digital money is used, making it harder to fund criminal activities.  In poorer countries, central banks hope that digital currencies will bring unbanked citizens into the financial system, boosting economic development.

Central banks in developed countries have been slower to pursue CBDC than those in emerging nations. According to BIS, seven of the eight banks engaged in advanced CBDC planning are in emerging countries.  China’s central bank is leading the CBDC charge among developed nations.  It recently introduced the electronic Chinese yuan, or eCNY.

When evaluating CBDCs, it is important to understand how the currency operates.  For example, Felix Salmon of Axios reported China’s eCNY:

“…doesn't use blockchain technology.  Instead, the ledger of who owns what is closely held at the Chinese central bank – and nowhere else…eCNY requires full trust of the Chinese monetary authorities.  If it goes global, then China will at all times know exactly how much of its currency you possess – and could zero you out for any or no reason.”

CBDCs may become part of the new normal that emerges as the coronavirus threat passes.

“If this country is ever demoralized, it will come from trying to live without work.”

The Standard & Poor's 500 (S&P 500) is an unmanaged group of securities considered to be representative of the stock market in general. · The DJ Global ex US is an unmanaged group of non-U.S. securities designed to reflect the performance of the global equity securities that have readily available prices.·The 10-year Treasury Note represents debt owed by the United States Treasury to the public. Since the U.S. Government is seen as a risk-free borrower, investors use the 10-year Treasury Note as a benchmark for the long-term bond market. ·Gold represents the London afternoon gold price fix as reported by the London Bullion Market Association.·The DJ Commodity Index is designed to be a highly liquid and diversified benchmark for the commodity futures market. The Index is composed of futures contracts on 19 physical commodities and was launched on July 14, 1998. ·The DJ Equity All REIT TR Index measures the total return performance of the equity subcategory of the Real Estate Investment Trust (REIT) industry as calculated by Dow Jones. ·Yahoo! Finance is the source for any reference to the performance of an index between two specific periods. ·These views are those of Carson Group Coaching, and not the presenting Representative or the Representative's Broker/Dealer, and should not be construed as investment advice.·This newsletter was prepared by Carson Group Coaching. Carson Group Coaching is not affiliated with the named broker/dealer. · Past performance does not guarantee future results. · You cannot invest directly in an index.·Consult your financial professional before making any investment decision.