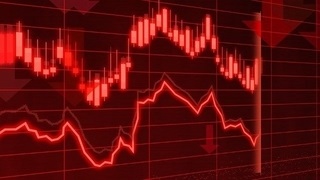 Investors were not happy with central banks last week.

“With the reopening of many businesses and factories and fewer people withdrawing from social interactions, household spending looks to have recovered about three-quarters of its earlier decline…The recovery has progressed more quickly than generally expected, and forecasts from FOMC participants for economic growth this year have been revised up since our June Summary of Economic Projections. Even so, overall activity remains well below its level before the pandemic and the path ahead remains highly uncertain…We remain committed to using our full range of tools to support the economy in this challenging time.”

Investors were not satisfied. Colby Smith of Financial Times reported stocks “sold off sharply during Mr. Powell’s press conference on Wednesday, and again on Thursday,” because the FOMC did not provide information about “how it might adapt its balance sheet policy to generate that inflation and aid the U.S. economic recovery.”

The Bank of England (BoE) also delivered news that unsettled markets last week. Minutes from the BoE’s latest meeting noted it was studying negative interest rates. Some banks and analysts interpreted this to mean the bank intends to implement negative rates. Eva Szalay and Chris Giles of Financial Times reported, “People familiar with the matter said the preparations now under way were aimed more at fully understanding the effects of negative rates, rather than at seeking to implement them.”

It’s possible the BoE wants to better understand negative rates so it’s prepared for a worst-case scenario, such as the economic impact of COVID-19 containment measures combined with failure to reach a trade agreement with the European Union (EU), reported David Goodman and Lucy Meakin of Bloomberg. The EU trade deadline is fast approaching and, currently, no deal seems likely.

In the face of uncertainty, markets are likely to remain volatile.

S&P 500, Dow Jones Global ex-US, Gold, Bloomberg Commodity Index returns exclude reinvested dividends (gold does not pay a dividend) and the three-, five-, and 10-year returns are annualized; and the 10-year Treasury Note is simply the yield at the close of the day on each of the historical time periods. Sources: Yahoo! Finance, MarketWatch, jindexes.com, London Bullion Market Association.  Past performance is no guarantee of future results. Indices are unmanaged and cannot be invested into directly. N/A means not applicable.

IT'S IG NOBEL TIME. On September 17, the 30th Annual Ig Nobel Prize ceremony was broadcast online. Here is a fun fact: The 1995 Ig Nobel Ceremony was one of the first events videocast on the Internet.

The Ig Nobel Prizes “celebrate the unusual, honor the imaginative – and spur people’s interest in science, medicine, and technology.” The ceremony is organized by the magazine, Annals of Improbable Research, and is co-sponsored by the Harvard-Radcliffe Society of Physics Students and the Harvard-Radcliffe Science Fiction Association.

Anyone can learn more about why the researchers were exploring these ideas. The 24/7 Ig Nobel lectures are available during which the winners “explain their topics twice. First, they are asked to deliver complete technical descriptions in 24 seconds. Then, they try to offer clear summaries that anyone can understand in just seven words.”

“…I’m dejected, but only momentarily, when I can’t get the fifth vote for something I think is very important. But then you go on to the next challenge and you give it your all. You know that these important issues are not going to go away. They are going to come back again and again. There’ll be another time, another day.”