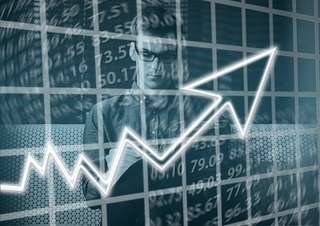 U.S. Markets Move Higher in the Face of Global Uncertainty

Geopolitics is the intersection of geography, economics, and politics. Last week, there were some fine examples of the ways geopolitical events can create uncertainty. Barron's reported:

"President Donald Trump began the week suggesting that a trade war with China was on hold, before later ordering his administration to explore penalties on imported automobiles. The president also canceled talks with North Korea. Italy's bond market melted down following the emergence of a Euro skeptic government, while Turkey's lira tumbled over concerns that President Tayyip Erdogan would take control of its central bank, raising concerns about emerging markets."

Uncertainty caused major indices across Europe to finish lower last week. A majority of Asian-Pacific indices moved south, too, as did Canadian and Mexican indices. Despite pessimism elsewhere, investors in the United States remained unfazed and major U.S. stock market indices finished the week higher. The Standard & Poor's (S&P) 500 Index was up 0.3 percent.

The strong performance of U.S. markets last week was remarkable because the S&P 500 moved higher on news that would seem to inspire uncertainty. It was also remarkable because U.S. stocks gained less when S&P 500 companies reported first quarter profits were better than expected.

During the past five years, companies with higher-than-expected profits have realized share price gains of 1.1 percent.

Working out the bugs.

There was a lot of news about new inventions last week. Some devices appear to have potential while others have been delivering unexpected results. Take a look at recent innovation news:

"...in the past several months it has also tuned in, frequently several times a day, for no obvious reason. It's heard me complain to my dad about something work-related, chide my toddler about eating dinner, and talk to my husband - the kinds of normal, everyday things you say at home when you think no one else is listening."

We know change is constant. Adapting to change is the challenge.

"Our flag does not fly because the wind moves it. It flies with the last breath of each soldier who died protecting it."