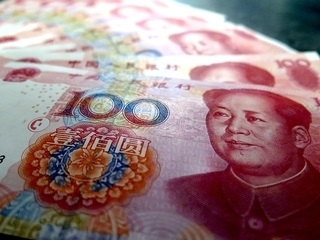 Deal or no deal?

Last week opened with heightened trade tensions between the United States and its allies. It closed with the United States imposing new tariffs on $50 billion of Chinese goods. The Chinese declared it was the start of a trade war, reported Financial Times.

U.S. markets largely ignored the potential impact of trade wars on multiple fronts. Barron's reported the Dow Jones Industrial Average, which includes companies that are vulnerable to tariffs, moved slightly lower. However, the Standard & Poor's 500 Index shrugged off the possibility of trade wars, and the NASDAQ Composite gained more than 1 percent.

While Barron's has written the largest risk to the U.S. stock market is the possibility of global trade wars, it appears many investors believe tariffs are a negotiating tactic. Barron's reported:

"The market's apparent indifference suggests it doesn't see these tariffs as the reincarnation of Smoot-Hawley, but just the latest in President Trump's negotiating tactics. Moving away from his denunciation of Kim Jong-un as "Little Rocket Man" inviting "fire and fury" by missile launches, Trump last week declared the threat from North Korea neutralized. Similarly, many professional investors view the bluster on tariffs as part of Trump's negotiating tactics, rather than the start of an actual trade war."

News that monetary policy is becoming less accommodating in certain regions of the world didn't have much impact on markets either. Reuters reported the Federal Reserve raised its benchmark rate 0.25 percent last week. The European Central Bank is ending its bond-buying program and gave notice it expects to begin raising rates next summer. The Bank of Japan is still easing.

Sorry America, you're not in the tournament.

If you've been watching the World Cup - the global soccer championship - you've probably seen the commercials entreating Americans to root for another country since we don't have a team playing. The ads offer encouragements like, "Iceland could really use your support. We don't have enough people to do the wave," and "Cheer for Germany. We gave you the frankfurter!"

If you haven't already chosen a favorite team, you may want to consider (or not) the insight of economists before making your choice. Since the demise of Paul, the octopus that successfully predicted winners during the 2010 final, various firms' economists have offered opinions about this year's possible winner. Financial Times reported:

Multinational analysts at a Japanese bank concluded "...using portfolio theory and the efficient-markets hypothesis as well as data on the value, form, and historical performance of players, that France will beat Spain in the final, with Brazil in third place."

A German bank predicted Germany will win, and so did a Swiss bank that relied on unspecified econometric tools to determine that Germans have a 24 percent chance of victory.

A Dutch bank concluded Spain will be the big winner.

Perhaps the most interesting analysis was done by the Toulouse School of Economics, which employed automated face-reading software on World Cup sticker albums from the 1970s through the present. They found teams that did better in the group stage had players who looked happier or angrier on the stickers. Happiness showed confidence and anger led to fewer goals allowed.

"Winning is great, sure, but if you are really going to do something in life, the secret is learning how to lose. Nobody goes undefeated all the time. If you can pick up after a crushing defeat, and go on to win again, you are going to be a champion someday."