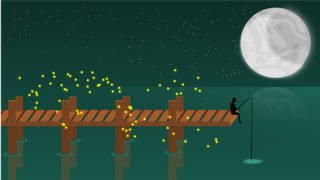 Fishing on the Moon

Investors had a lot to be enthusiastic about last week.

Major stock indices in the United States soared, finishing the week higher and setting new records along the way, reported Al Root of Barron’s.  There was plenty of other good news to fuel investor optimism as well:

“The combination of trillions of dollars of fiscal stimulus, ultralow interest rates, and a newfound sense of liberation means the U.S. economy in coming months will be unlike any the country has experienced in decades.  Growth will be faster. Inflation will run hotter.  The job market could bounce back more speedily than even the Fed expects. This environment won’t be easy for investors to navigate…For those who can pivot as the market shifts, however, multiple opportunities await.”

There is another concern, as well.  COVID-19 continues to mutate, and it remains to be seen whether vaccines will prove effective against new strains.

The one-year numbers in the performance table below are noteworthy and reflect the strong recovery of U.S. stocks from last year’s coronavirus downturn to the present day.

BIG PLANS FOR THE MOON. The Outer Space Treaty of 1967 set forth principles making space – including the moon and celestial bodies – the province of all mankind.  It confirmed the exploration and use of outer space should benefit all people. Many nations have big plans for the moon:

The moon is not the only part of space that nations on Earth plan to explore more fully.  According to The Washington Post, the United Arab Emirates put a scientific satellite into orbit around Mars in February.  The new space race is here.

“I would like to die on Mars. Just not on impact.”

This newsletter was prepared by Carson Group Coaching, which is not affiliated with the named broker/dealer. These views are those of Carson Coaching, and not the presenting Representative, the Representative’s Broker/Dealer, or Registered Investment Advisor, and should not be construed as investment advice. The information has been obtained from sources considered to be reliable, but we do not guarantee it is accurate or complete.

The Standard & Poor's 500 (S&P 500) is an unmanaged group of securities considered to be representative of the stock market in general. * The DJ Global ex US is an unmanaged group of non-U.S. securities designed to reflect the performance of the global equity securities that have readily available prices. * The 10-year Treasury Note represents debt owed by the United States Treasury to the public. Since the U.S. Government is seen as a risk-free borrower, investors use the 10-year Treasury Note as a benchmark for the long-term bond market. * Gold represents the London afternoon gold price fix as reported by the London Bullion Market Association. * The Bloomberg Commodity Index is designed to be a highly liquid and diversified benchmark for the commodity futures market. The Index is composed of futures contracts on 19 physical commodities and was launched on July 14, 1998.  * Yahoo! Finance is the source for any reference to the performance of an index between specific periods.

Investing involves risk, including loss of principal.  Past performance does not guarantee future results. àConsult your financial professional before making any investment decision.