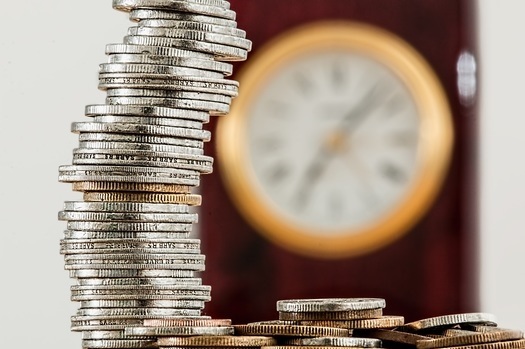 Third quarter earnings season, that is.

A negative estimate doesn't necessarily mean all S&P 500 companies will do poorly. Certain sectors of the market have been performing a lot worse than others. Of the 11 sectors in the S&P 500, only three - Energy, Industrials, and Telecommunication Services - were expected to have negative earnings. For example, on September 30, estimates suggested the Energy sector would experience a year-over-year earnings decline of -67.2 percent, while Utilities would see earnings growth of +5.3 percent.

Maybe more Americans should study communications. Parents aren't all that comfortable talking with their children about certain topics. The T. Rowe Price 2016 Parents, Kids & Money Survey found that sex and death are at the top of the list, followed closely by family finances. That's right: family finances. Parents are more comfortable talking about terrorism, drugs, and bullying than they are talking about money!

A shortage of conversation may be at the root of some financial misunderstandings. For instance, when it comes to paying for college, 62 percent of children (ages 8 to 14) expect their parents to cover the entire cost of any college the child chooses. Yet, just 12 percent of parents said they would be able to pay the full cost of college. In addition, 67 percent of children said their parents are setting money aside so they can attend college. However, only 58 percent of parents reported they are saving money to pay for their children's college.

The disconnect between children's expectations and parents' reality may explain why 16 percent of parent respondents said they had used retirement savings to pay for college expenses and 11 percent expect to do so.

Remarkably, college isn't the only non-retirement expense where parents have spent their retirement savings. Funds earmarked for retirement have been used to pay for vacations (17 percent), holidays (15 percent), day-to-day expenses (13 percent), and weddings (8 percent).

Communication is critical. If you haven't talked with your children about money, it may be a good time to start. There are a lot of resources available to help you. Give your financial professional a call for advice in this area of your portfolio.

Additionally, if you have been using retirement assets for other purposes, it may be time to implement and adhere to a financial plan. Doing so may help you arrive at retirement with enough money to live comfortably.

"Look at market fluctuations as your friend rather than your enemy; profit from folly rather than participate in it."  --Warren Buffett, CEO of Berkshire Hathaway