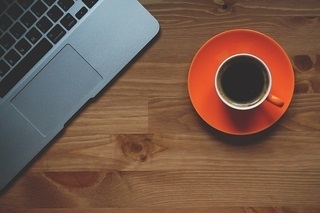 How do employers lure staff in a tightening labor market? The curly tail grubs and spinnies of the business world are higher wages and better benefits.

During the past decade, the employment picture in the United States has shifted dramatically. In mid-2009, 15.4 million unemployed Americans were chasing 2.2 million available jobs. At the end of 2017, just 6.6 million Americans were unemployed, and employers were casting eagerly to fill 6.6 million open jobs, reports Barron's.

"Want ads for truck drivers to haul crude oil in Texas are touting salaries as high as $150,000 a year. Some nurses are getting $25,000 signing bonuses. The U.S. unemployment rate just fell to 3.9 percent, one tick away from its lowest since the 1960s. And, on May 8, the Bureau of Labor Statistics reported there are 6.5 million unfilled jobs in the United States, the most on record. Some employers say they're feeling the squeeze."

Clearly, wages are moving higher for some types of jobs, but they're not increasing everywhere. Last week, the Bureau of Labor Statistics reported real average hourly earnings for all employees were flat from March to April. 'Real wages' mean wages after inflation is subtracted.

What do you wish you had known before you became a parent? Mother's Day is behind us and Father's Day is ahead.It seems like a good time to consider the challenges and responsibilities of parenting.

National Public Radio's Science Desk introduced a new series called, 'How To Raise A Human.' They kicked off the show by asking bloggers, "What's the one thing you wish someone had told you before you became a parent?" Here are a few of the answers:

"I wish someone told me that there are going to be moments where you're playing chess with speed metal music in your ears. You're trying to make intricate choices but there's so much chaos."

"I wish someone had told me to block out the outside voices that come when you become a parent - and pay more attention to the children and what their needs are."

"I wish someone had told me that even though your life changes when you become a parent, you still get to create the path you want."

"Parents always told me to brace myself for the teen years, because that's when they'll hate you, be disrespectful to you, be sassy, talk back to you, be rude, be generally awful people. But I wish that someone had told me that's completely wrong."

One of the many challenges parents face is helping their children understand financial issues. If you would like some ideas about how to talk with your children about money, please let us know.

"I'm relieved I don't work at SNL [right now]...The level of outrage is so high. It feels like talking to anyone, anywhere in 2018 is just landmine hopscotch."