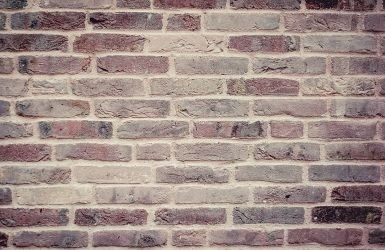 They Say Bull Markets Climb A Wall Of Worry

"...a bull market isn't a peaceful place. When times are good, investors are constantly tense, wondering how long they will keep rolling, fretting about when a seemingly inevitable correction will finally put a stop to the market elation. As a market continues ascending, the decision can become increasingly agonizing whether to take profits in a position or let it ride."

Last week, the wall of worry gained a few feet.

The University of Michigan Surveys of Consumers indicated confidence improved in September, which appeared to be positive news. However, the report suggested positive sentiment is eroding. "More consumers reported unfavorable news about the economy in September than in eight years since September 2011. While a good share of the news involved tariffs and other economic policies, there were nearly as many reports on job losses as job gains."

The Federal Reserve's daily liquidity injections into the repurchase agreement market, which underpins U.S. money markets, were a source of concern for some. The Economist reported, "Market-watchers blamed the cash crunch on firms' need to pay corporate-tax bills at the same time as sucking up more new government debt than usual. But banks were aware of these factors well ahead of time. Other, as yet poorly understood, forces seemed to have provided the nudge that tipped repo markets into disarray."

The announcement of a Presidential impeachment inquiry was big news that had a relatively small affect on U.S. stock markets last week.

When people travel, decisions about where to stay are determined by location, price, and amenities. One valued perk is loyalty points. While there is no official valuation assigned to reward points, estimates of value range from 0.3 cents to 1.6 cents per point, according to UpgradedPoints.com.

Hotels entice guests with other types of perks, too. These can be simple, like making forgotten toiletries available at no cost or having coffee makers and bottled water in rooms. As lodgings move up the luxury scale, amenities become more sublime. Some luxury hotels offer:

The latest hotel buzz is bees.

"The purpose of putting beehives atop the hotel is to support bee research and bring attention to a larger issue: the importance of pollinators and the threats they face...According to a 2016 Intergovernmental Science-Policy Platform on Biodiversity and Ecosystem Services report, 75 percent of the world's food crops - including almonds, avocados, chocolate, and coffee - are dependent on pollination, and one of every three bites we eat is thanks to the work of pollinators."

Some hotels collect the honey and infuse it into food, drinks, and skin care products for guests.

"Having a superpower has nothing to do with the ability to fly or jump, or superhuman strength. The truest superpowers are the ones we all possess: willpower, integrity, and, most importantly, courage."