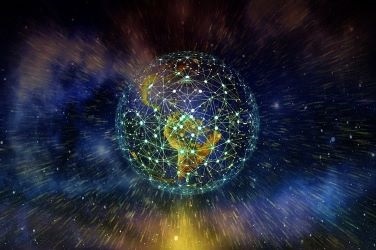 There's A New Theory In Town

Applying the theory might have been a challenge last week. There were so many stories with potential to move markets and affect the economy it was difficult to guess which would be the most influential.

"The S&P 500 would have finished flat for the week - except it decided to drop 0.5 percent after reports that China had canceled a visit to Montana hit the newswires...That's not what we would have expected, given all of the week's excitement. Saudi Arabia's oil infrastructure was attacked. The Federal Reserve cut interest rates by a quarter-point. U.S. money markets went crazy and forced the Fed to intervene, setting off comparisons to the collapse of Lehman Brothers in 2008. And, yet, a Montana junket was the ultimate determinant of whether the market finished up or down."

On Saturday, reports from U.S. trade representatives and China's state-run news agency emphasized trade discussions were 'constructive' and 'productive' and would continue in October, reported The New York Times.

The Fed chair emphasized the Fed is using the tools at its disposal to support demand and counteract economic weakness. However, it has no way to resolve trade issues. He pointed out uncertainty about trade has reduced business investment across the United States and could hurt economic growth.

Until an agreement is reached, stories told about U.S.-China trade issues are likely to remain influential.

In a 2018 issue of the Harvard Business Review, an independent consultant compared working in the gig economy (a labor market characterized by the prevalence of short-term contracts or freelance work as opposed to permanent jobs) to being a trapeze artist. Independent work requires concentration and discipline. There is a stomach-dropping void between assignments and exhilaration when a new assignment is landed.

When you consider the risks of gig work, it's remarkable so many people work independently. About 20 to 30 percent of the working population in the United States and Western Europe are gig workers, according to the McKinsey Global Institute.

The most popular gigs, according to appjobs, are:

The most lucrative gigs include:

The gig economy is growing. However, there are issues that make it less attractive, such as lack of benefits, income insecurity, and lack of training and credentialing. These issues may create opportunities for entrepreneurs.

"You have brains in your head. You have feet in your shoes. You can steer yourself any direction you choose. You're on your own. And you know what you know. And YOU are the one who'll decide where to go..."