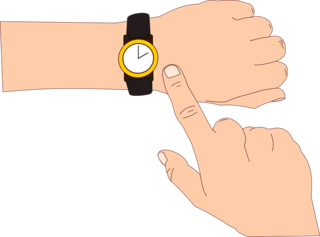 Last week, the National Bureau of Economic Research (NBER) finally announced the official dates for the recession that occurred in 2020.  Economic activity peaked in February 2020 and bottomed in April 2020.   That makes the pandemic recession the shortest in American history.

According to the NBER, “The recent downturn had different characteristics and dynamics than prior recessions.  Nonetheless, the committee concluded that the unprecedented magnitude of the decline in employment and production, and its broad reach across the entire economy, warranted the designation of this episode as a recession, even though the downturn was briefer than earlier contractions.”

Since then, the United States’ economy has accelerated like a sports car on the German Autobahn, leading the developed world in the race toward economic recovery.  A gradual slowdown was inevitable.  However, three obstacles in the road may result in a sharp deceleration, reported The Economist.

While risks to economic growth persist, the earnings of publicly traded companies are strong. So far, 24 percent of the companies in the Standard & Poor’s (S&P) 500 Index have reported second quarter earnings.  Year-to-year blended earnings growth has been stellar, in part, because of how bad things were during the second quarter of last year, reported John Butters of FactSet.

Net profit margins, which could have been trimmed by inflation, are currently 12.4 percent.  That’s the second highest level since FactSet began tracking data in 2008.  Analysts anticipate profit margins will average 12 percent through the end of 2021.

HOW MUCH ARE OLYMPIC MEDALS WORTH?  The Tokyo Organizing Committee of the Olympic and Paralympic Games took a new approach to producing medals.  “Approximately 5,000 medals have been produced from small electronic devices that were contributed by people all over Japan. From the procurement of the metals to the development of the medal design, the entire country of Japan was involved in the production of the medals for the Tokyo 2020 Games – a project that was only possible with the participation of people across the nation."

Of course, the real answer to the question about the value of Olympic medals is that they are priceless.  The achievement they represent – becoming one of the world’s best athletes in a sport – has a value that cannot be measured in dollars and cents.

“Never underestimate the power of dreams and the influence of the human spirit.  We are all the same in this notion: The potential for greatness lives within each of us.”