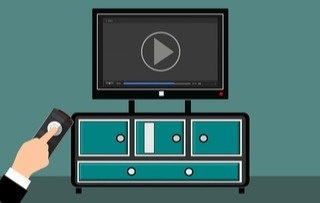 Why did stock markets in the United States finish the week lower?

If this were Jeopardy, acceptable question to answer that topic might include, "What is..."

The reality is that there often is no single answer to explain why stock markets move up or down. Each of the above may have contributed to last week’s downturn. There is currently tremendous uncertainty about the potential impact of Fed policy changes, war in Europe, and other issues. As a result, it’s possible markets will remain volatile in the weeks ahead.

THE NATURE CURE. When you were a kid, your parents probably told you to go outside and play.  Your mom and dad may have just wanted to get you out from underfoot but, as it turns out, going outside is good for your mental and physical health.

In 2019, Mathew White of the European Centre for Environment and Human Health and his colleagues published an article in Nature. Their research found that people who spend more than two hours a week in nature “had consistently higher levels of both health and well-being” than those who spent less time in nature. The benefits of nature appear to max out at four hours.

Jason Goldman of Scientific American reported, “The two-hour benchmark applied to men and women, to older and younger folks, to people from different ethnic backgrounds, occupational groups, socioeconomic levels and so on. Even people with long-term illnesses or disabilities benefited from time spent in nature—as long as it was at least 120 minutes per week.”

So now that you’re an adult, your doctor may tell you to go outside and play.

Even if you don’t have a free pass, it’s a good idea to go outside and play!

“Play is an activity enjoyed for its own sake. It is our brain's favorite way of learning and maneuvering.”