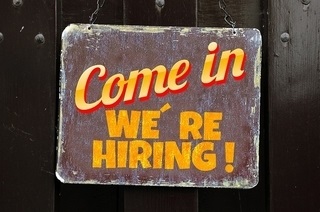 What in the world?

A lot happened last week. Some of the notable events included:

What do asset managers and researchers make of the current state of world economies and markets? A portfolio manager cited by Barron's said, "...until proved otherwise, we remain in a long bull market, and there is an absence of indicators outside of the equity market itself (most notably in credit markets or financial conditions) to suggest this has ended."

Michael Wilson, Chief U.S. Equity Strategist at Morgan Stanley has a different opinion. "Even strong earnings results haven't been able to boost most stocks into positive territory. Why? Because rising interest rates have reached a point at which they have become a constraint on valuations."

Some researchers are concerned about growth outside the United States. Alvise Marino, an FX strategist for Credit Suisse told The Wall Street Journal, "This is really a Goldilocks [U.S. employment] report...But investors are worried that global growth is not as strong as some had thought."

We're tracking events and their potential impact on markets, and we'll keep you informed.

* Warren Buffet wasn't really the Left Shark. Her comments were part of a humorous video

Myth Busted! Founders of new companies aren't who many people think they are. Sure, you've read stories about entrepreneurs who leave college to found companies that become behemoths. In fact, The Thiel Fellowship encourages young people to skip college and, "Pursue ideas that matter instead of mandatory tests. Take on big risks instead of big debt.

"Our primary finding is that successful entrepreneurs are middle-aged, not young. Taking numerous measures to identify potentially high-growth firms as well as studying ex-post growth of each firm, we find no evidence to suggest that founders in their 20s are especially likely to succeed. Rather, all evidence points to founders being especially successful when starting businesses in middle age or beyond...Across the 2.7 million founders in the U.S. between 2007-2014 who started companies that go on to hire at least one employee, the mean age for the entrepreneurs at founding is 41.9.The mean founder age for the 1 in 1,000 highest growth new ventures is 45.0. The most successful entrepreneurs in high technology sectors are of similar ages. So, too, are the most successful founders in the entrepreneurial regions of the U.S."

Almost one-fourth of new entrepreneurs are ages 55 to 64, reports Entrepreneur.com. They often have financial stability, professional support networks, and experience - all things The Thiel Fellowship tries to provide to younger founders.

What's the point of this story? Age is just a number. People of all ages have great ideas and great potential.

"The critical ingredient is getting off your butt and doing something. It's as simple as that. A lot of people have ideas, but there are few who decide to do something about them now. Not tomorrow. Not next week. But today. The true entrepreneur is a doer, not a dreamer."