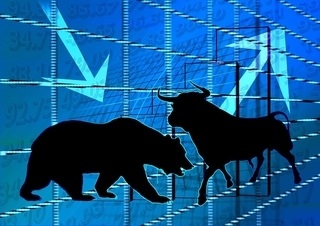 Prepare yourself. There is a good chance markets will be volatile in the coming weeks.

On Thursday, the World Health Organization declared the coronavirus to be an international health emergency. The U.S. State Department issued a travel advisory for China, and major U.S. airlines suspended flights to the nation, reported Forbes.

In six Chinese provinces, factories and businesses are shuttered until at least February 10. The closures have created issues for global supply chains, and Financial Times reported, “Companies from luxury retailers to airlines and banks are reeling as the disease accelerates.”

Events sparked a bond rally as investors shifted assets into safe haven investments. The Economist wrote that previous viruses have not had lasting effects on economic growth. “Other recent epidemics have reinforced the impression that economists should not be overly worried, so long as good doctors are on the job. Neither avian flu in 2006 nor swine flu in 2009 dimmed the global outlook. Yet even flint-hearted investors are wondering whether the new epidemic might be worse. Stocks in Hong Kong have fallen by nearly 10 percent as reported infections have steadily increased. Tremors have also rippled through global markets.”

China’s government is prepared to step into the breach. On Saturday, Reuters reported, “Chinese authorities have pledged to use various monetary policy tools to ensure liquidity remains reasonably ample and to support firms affected by the virus epidemic…” The Chinese central bank is expected to begin offering support on February 3 before the Chinese stock market reopens for the first time since January 23.

The European Union may also be in need of economic stimulus. Financial Times reported the Eurozone economy came to a virtual standstill (up 0.1 percent) in the fourth quarter and grew just 1.2 percent during 2019. Economies in France and Italy, the second and third largest in the region, both contracted during the fourth quarter.

With Valentine’s Day coming up soon, you may be wondering how to show your pet you care. Here are a few ideas:

On Valentine’s Day, remember to do something nice for the people you love, too.

“The more cats you have, the longer you live. If you have a hundred cats, you’ll live ten times longer than if you have ten. Someday this will be discovered, and people will have a thousand cats and live forever.”