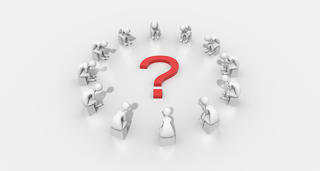 Optimism, Trouble and Many Unknowns

It was a good week for stock markets in the United States, but there was trouble in Asia.

Investors had plenty of fuel for optimism early in the week. On Sunday, Federal Reserve Chair Jerome Powell struck a positive tone during his 60 Minutes interview stating, “The big thing we have to avoid…is a second wave of the virus. But if we do, then the economy can continue to recover. We'll see GDP move back up after the very low numbers of this quarter. We'll see unemployment come down. But I think though it'll be a while before we really feel well recovered.”

On Monday, there was news early testing of a potential vaccine had delivered promising results, and the vaccine company’s stock shot higher. The report was tarnished when top executives sold shares the next day, and a respected medical website indicated the published results meant little, reported John Authers in Bloomberg Opinion.

Positive momentum slowed later in the week when China indicated it will impose national security laws on Hong Kong. Reshma Kapadia of Barron’s reported, “While the risks have ratcheted higher, it isn’t clear yet whether the new security laws will destroy Hong Kong’s ability to act as a financial center. What that could mean for investors will probably play out over the next couple of months.”

China’s leadership also declined to set a gross domestic product (GDP) target for the first time ever. GDP is the value of all goods and services produced in a nation. The decision led to a decline in mainland China’s CSI 300 index of Shanghai and Shenzhen-listed stocks, reported FT.

HOW IMPORTANT ARE SMALL BUSINESSES?

Having a preponderance of healthy and stable small companies is a positive economic sign because, as Lisa Beilfuss of Barron’s explained, small companies:

Employ about 50 percent of American workers

Produce about 50 percent of U.S. GDP

Simply put, small businesses are an essential part of the American economy.

The FRBNY survey also noted few small businesses had deep cash reserves. In fact, it estimated just one in five healthy small companies could survive a two-month revenue loss. In such circumstances, “A majority of small businesses would be likely to reduce their workforce and operations, or delay payments. Many firms would rely on personal funds or debt to bridge the gap.”

As you might imagine (and may have experienced), the coronavirus crisis has exacted a heavy toll on small businesses. Forty-three percent were temporarily closed by April 2020, according to a survey conducted by the National Bureau of Economic Research (NBER). Others had modified operations to meet social distancing and other COVID-19 safety guidelines.

In an effort to help small businesses, Congress, the President, and the Small Business Administration have passed fiscal stimulus measures. The Federal Reserve is providing monetary stimulus. Despite these efforts, the future of small companies remains uncertain.

Byrne Hobart of The Diff, a newsletter that tracks inflection points in finance and technology, believes diverse outcomes are possible:

“The pessimistic one is front-end corporatization: small businesses just evaporate, their real estate is taken over by big companies, and (some of) their employees find new jobs at these companies…Here’s the good one. Those same local businesses are running down their cash reserves, but lenders are banging down the door with a crazy offer: borrow enough to meet payroll now, pay nothing – until business starts coming back…[Lenders get] more involved in the borrower’s business – get them good bookkeeping software and a modern point-of-sale system. Band together a bunch of borrowers and start negotiating with suppliers and landlords. In short, use software economics to give small businesses the same economies of scale that large ones already benefit from.”

It’s possible we could see both situations occur.

“Now the commencement speakers will typically also wish you good luck and extend good wishes to you. I will not do that, and I’ll tell you why. From time to time in the years to come, I hope you will be treated unfairly, so that you will come to know the value of justice…I wish you bad luck, again, from time to time so that you will be conscious of the role of chance in life and understand that your success is not completely deserved and that the failure of others is not completely deserved either…Whether I wish these things or not, they’re going to happen. And whether you benefit from them or not will depend upon your ability to see the message in your misfortunes.”