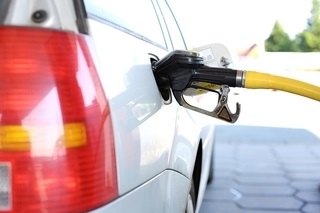 Oil and Yields Are On the Rise

Too much? Too little? Or, just right?

U.S. stock markets were relatively calm, although they finished the week lower. U.S. Treasury yields hit a 7-year high and finished the week above 3 percent. While these were notable, the most remarkable events last week occurred beyond our borders. These include:

Rising oil prices have pushed the cost of gas higher, but that's not expected to deter Memorial Day travelers, according to USA Today. We wish you safe travels during the holiday weekend.

Did you know there's a billionaire census? Last week, the fifth edition of the Billionaire Census was released. Apparently, the wealth of billionaires increased by 24 percent during 2017. In addition, the billionaire population, which had suffered reduced numbers since 2015, expanded. It now includes 2,754 individuals. The previous high was 2,473 in 2015. According to Wealth-X:

There is a bit of disagreement about the size of the 'Three-Comma Club' and the rate at which its wealth is increasing. In March 2018, Forbes reported there were "...2,208 billionaires from 72 countries and territories including the first ever from Hungary and Zimbabwe. This elite group is worth $9.1 trillion, up 18 percent since last year. Their average net worth is a record $4.1 billion. Americans lead the way with a record 585 billionaires, followed by Mainland China with 373."

Two hundred and fifty-six women made the list, including 42 new additions.

The Giving Pledge is another exclusive group that some billionaires have joined. The objective of the Pledge is to "...help address society's most pressing problems by inviting the world's wealthiest individuals and families to commit more than half of their wealth to philanthropy or charitable causes either during their lifetime or in their will."

"Philanthropy is almost the only virtue which is sufficiently appreciated by mankind."