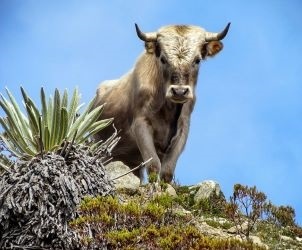 More money managers are feeling less bullish, but you sure couldn't tell by the performance of U.S. stock markets last week.

So far, 2019 has been a tremendous year for U.S. stocks. Through the end of last week, the Standard & Poor's 500 Index had gained more than 20 percent year-to-date, the Dow Jones Industrial Index was up more than 15 percent, and the Nasdaq Composite had risen more than 24 percent.

Despite strength in U.S. markets year-to-date, Barron's most recent Big Money Poll found fewer money managers are bullish than just one year ago when 56 percent anticipated gains in the months ahead. When 134 money managers across the United States were asked about their outlook for the next 12 months:

That's the lowest level of bullishness in 20 years and the highest level of bearishness since the mid-1990's.

Barron's reported there could be a variety of reasons for the change in attitude, including high valuations, an uncertain economic outlook, or the divisive political environment.

One money manager commented, "There are so many different headlines to watch right now...Brexit, trade, the economy, elections. Trying to predict them all correctly is like trying to predict what the weather will be like in November 2020. We might get things directionally correct, but getting them exactly right is a matter of luck more than skill."

How Much Is Too Much?

In 1986, Fortune magazine asked Warren Buffett his thoughts on inheritance. He responded children should receive, "...enough money so that they would feel they could do anything, but not so much that they could do nothing."

It's an important question, even though relatively few Americans may need to grapple with it. According to the Federal Reserve:

A 2015 survey conducted by Merrill Lynch's Private Banking and Investment Group found, "a majority (91 percent) of people plan to leave the lion's share of their wealth to family members, motivated by a desire to positively influence the lives of loved ones. Yet the results indicate that many see significant risk in passing on wealth without context, conversation, guidance, or accountability."

So, how much is too much? Is there an amount of inheritance that will sap your children's motivation and undermine their work ethic? The answer may depend on the source of the wealth, reported The Atlantic:

"Perspectives on what constitutes 'too much' seem to vary depending in part on whether parents inherited their wealth or earned the majority of it themselves. When significant wealth gets passed down through multiple generations, inheritors can get the sense that 'they're just the caretakers of it', which means they might be more inclined to keep up the family tradition and will it to their own children...Self-made rich people can have a different relationship to their fortune, because they have firsthand knowledge of what was required to amass it. As such, they might be more interested in bequeathing not just money to their children, but a good work ethic as well."