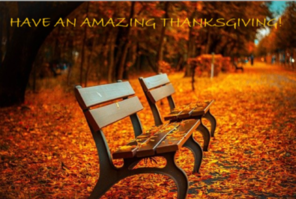 The U.S. economy is like a semi-trailer truck. No one likes being stuck behind a semi at a stoplight because big trucks do not go from zero to 60 in 2.5 seconds. Neither does the U.S. economy.

When the pandemic brought our economy to a near virtual standstill early in 2020, the U.S. government and Federal Reserve (the Fed) took extraordinary measures to help the economy get going again:

In 2020, government and central bank stimulus helped the American economy get going again.

Is slower growth ahead?

In recent weeks, however, there have been signs that economic recovery may be losing momentum and the virus is, once again, likely responsible.

Recently, the United States passed a grim milestone. The number of deaths attributed to COVID-19 surpassed 250,000. For perspective, that is roughly equivalent to the population of Winston-Salem, North Carolina; Irving, Texas; or Buffalo, New York.

“U.S. retail sales increased less than expected in October and could slow further, restrained by spiraling new COVID-19 infections and declining household income as millions of unemployed Americans lose government financial support…‘Fed officials are saying they might have to do more and today’s data may turn that thinking into a reality.’”

The Treasury curbs the Fed

The tools available to the Fed were cut last week. The U.S. Treasury announced it will let several of the Fed’s Treasury-funded special lending programs expire at the end of 2020. Alexandra Scaggs of Barron’s reported that the programs include:

For these programs to reopen in the future, Congress will need to appropriate new funds. Carl Weinberg, chief economist at High Frequency Economics, cited by CNBC, stated “U.S. Treasury Secretary Steven Mnuchin’s decision to allow key pandemic relief programs to expire is like stripping the lifeboats from the Titanic.”

Not everyone agreed. “Programs like the municipal bond program and the Main Street Lending Program have not worked, in part because the Fed is a central bank. And when you demand that it take on fiscal government tasks…it does that very carefully, and frankly, very badly,” explained an analyst interviewed on Marketplace Morning Report.

Despite changing monetary support, U.S. stock markets remained resilient. Ben Levisohn of Barron’s attributed the stock market’s resilience to positive vaccine news, which “…might not have pushed the stock market higher but it sure was a reason not to sell.” Major indices finished the week slightly lower.

DISRUPTION AND INNOVATION - THANKSGIVING STYLE.  Thanksgiving is going to be a lot different this year and Americans are rising to the challenge. Some are cooking up their favorite recipes and peppering the table with screens so they can share the event from afar with friends and family members. Others are taking the opportunity to move away from turkey and introduce new entrees. No matter what will be on the table, people are finding opportunities to give and reasons to be grateful.

“In my neighborhood, we have decided to divide the Thanksgiving dinner up. Each neighbor participant makes something to share…We will package up our dishes in individual containers to be left on each neighbor's porch at a determined time. The people who are having a difficult time getting by don’t have to contribute anything and neither do the veterans. We will all enjoy our meals in our separate homes but will definitely be grateful for the kindness and generosity of our neighbors and friends.”  --Sheryl Smetana, an Axios AM reader

“Everyone loves her father-in-law's potato salad, but the family cannot congregate this year to enjoy it…Walker says she resorted to desperate measures. “I reached out to him and asked whether we could maybe send the potato salad in the mail,” she confesses. Because no one wanted to add side servings of botulism to the holiday menu, her father-in-law decided to tell everyone how to make the potato salad instead. Numerous, long-coveted, heavily-guarded family recipes are being shared for the first time in 2020.”  --Cora Faith Walker, interviewed by NPR’s Weekend Edition Sunday

We hope you have a happy and safe Thanksgiving!

“Give thanks for a little, and you will find a lot.”