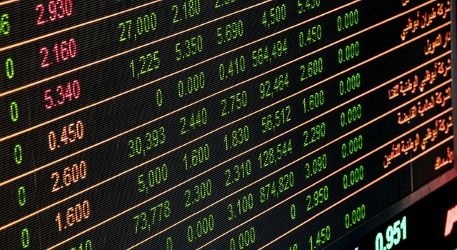 Investors boomeranged from stocks to safe havens and back as trade tensions between the United States and China intensified last week. The Economist reported:

"On August 1st President Donald Trump warned that he would soon impose a 10 percent levy on roughly $300bn-worth of Chinese goods that have not already been hit by the trade war. Four days later China responded by giving its exchange rate unaccustomed freedom to fall. The yuan weakened past seven to the dollar, an important psychological threshold, for the first time in over a decade. And stock prices in America duly fell..."

Asia Times explained, "Beijing has signaled that it is prepared to endure a long and debilitating trade war with the United States...A reported directive to Chinese companies to refrain from buying U.S. farm products seems an in-your-face challenge to the U.S. president."

The possibility of a prolonged trade war triggered worries about global recession and set off a selloff. Global stock markets experienced the biggest one-day decline since February 2018, according to Bloomberg, and U.S. stocks delivered the worst one-day performance of 2019, reported MarketWatch.

Stocks staged an impressive recovery on Tuesday. Then, central banks in India, Thailand, and New Zealand announced unexpected rate cuts. The moves incited concern about the health of the global economy and stocks dropped again - and recovered again. By the end of the week, nearly all losses in U.S. stock markets had been erased.

If recent volatility has triggered a desire to change your investments, please get in touch with us before you do. You can reach us at (520) 232-0505.

Can You Believe It?

The global bond market deserves a spot in a believe-it-or-not museum, right next to the bathythermograph, radioactive vodka (brewed with Chernobyl grain), and 526 extra teeth recently removed from a youngster's jaw.

Here's why: Approximately one-fourth of all bonds issued by governments and companies around the globe are trading at negative yields, according to an index cited by The Economist.

Just imagine. You want to borrow money. An acquaintance agrees to lend you the money and then offers to pay you for borrowing it.

Why are so many bond yields in negative territory?

Strangely enough, retirement and longevity may play a role. Joachim Fels of PIMCO theorized a 'savings glut' could be the reason for low and negative yields. He explained:

"...it can be argued that in affluent societies where people can expect to live ever longer and thus spend a significant amount of their lifetimes in retirement, more and more people demonstrate negative time preference, meaning they value future consumption during their retirement more than today's consumption...they are thus willing to accept a negative interest rate and bring it about through their saving behavior."

We live in interesting times.

"Why do you go away? So that you can come back. So that you can see the place you came from with new eyes and extra colors. And the people there see you differently, too. Coming back to where you started is not the same as never leaving."