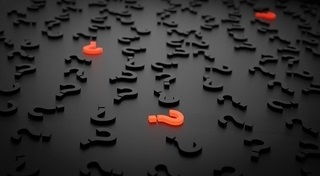 Far From Business As Usual

America is reopening, state by state.

That is welcome news for many businesses, but we’re far from business as usual. Last week’s economic news included unemployment hitting an 80-year high, a record drop in retail sales (-16.4 percent), and an unprecedented decline in industrial production (-11.2 percent).

Weak consumer demand is also a concern, according to Matthew Klein of Barron’s. “…The pandemic has lowered consumer demand much more than it has damaged productive capacity. It’s much easier to bring factories back online than it is to get customers back into shops and auto dealerships…Unless consumption rebounds quickly, the world will soon be faced with an unprecedented glut of goods that can’t be sold.”

Some households may be able to sustain or increase consumption because of generous unemployment benefits. The Coronavirus Aid, Relief, and Economic Security (CARES) Act increased unemployment benefits by $600 per week. The intent was to provide Americans, who were out of work because of the pandemic, with income equal to the national average salary of $970 per week, reported Amelia Thomson-DeVeaux of FiveThirtyEight.

As it turns out, about 68 percent of those filing for unemployment – teachers, construction workers, medical assistants, food service workers, and others – are receiving more money through unemployment than they did from employers.

An analysis conducted by economists at the University of Chicago, and cited by FiveThirtyEight, found, “…the estimated median replacement rate – the share of a worker’s original weekly salary that is being replaced by unemployment benefits – is 134 percent, or more than one-third above their original wage.”

In recent weeks, the number of unemployed workers has grown to about 36 million, according to CBS News. Unusually high unemployment combined with unusually high unemployment benefits may mean some Americans may have more money to spend than they might have had otherwise. The combination could improve demand for goods. It also could make it more difficult for employers to persuade employees to return to work.

ÖFFNUNGSDISKUSSIONORGIEN.  The German language boasts many unique words with oddly specific meanings. You may be familiar with some German words that have become part of the English language such as schadenfreude (finding joy in other people’s trouble), wanderlust (an impulse to travel the world), and weltschmerz (sadness about the state of the world).

Amanda Sloat of ForeignPolicy (FP) reported the Germans have invented a new word to describe debates about when and how to reopen the world: Öffnungsdiskussionsorgien.

The goal of many leaders around the world is to minimize infection, minimize death, and minimize economic hardship. It’s a tall order and there is no ‘right’ answer. One thing is clear, though. People who have been on lockdown, no matter which country they reside in, have cabin fever. FP reported:

“An American expat in Spain promised her teary tween that for her 12th birthday she could help take the trash 50 yards to a communal receptacle across the courtyard; that special gift was scrapped after a police car parked nearby. To take advantage of exemptions allowing owners to walk their pets, one person in Romania took his fish on a walk, while a young woman put her cat in a bag to justify a trip to the mall.”

In the United States, Buzzfeed and BoredPanda have reported on an abundance of pandemic jokes and memes. Americans have watched Michigan’s Father Tim Pelc use a squirt gun of holy water to bless Easter baskets from a socially safe distance. We have also been alerted to the possibility of a baby boom that will yield Quaranteens in 2033 and endless rounds of toilet paper jokes.

“The future belongs to those who believe in the beauty of their dreams.”