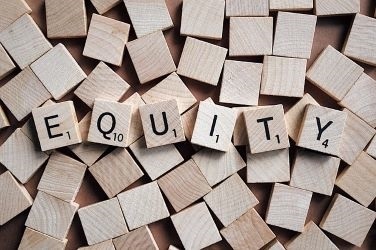 Don't Let Volatility Get You Down

Last week was the 40th anniversary of BusinessWeek's infamous cover headline: 'The Death of Equities: How inflation is destroying the stock market.' The publication's current iteration, Bloomberg Businessweek, reported it is still getting grief over the headline and subsequent bull market. In its defense, stocks trended lower for about three years after the magazine hit newsstands.

Since its 1982 low point, "The total return on the Standard & Poor's 500-stock index...with dividends reinvested has been nearly 7,000 percent. Not bad for a corpse."

Investors worried back in 1979, just as they do today.

At that time, the Federal Reserve was waging a war against inflation. Late in the summer of 1979, the annual average inflation rate in the United States was 10 percent. Homebuyers were locking in mortgage rates of 11.1 percent on 30-year fixed mortgages and feeling good about it as mortgage rates rose to 18.5 percent by October 1981.

Today, investors aren't worried about inflation. They are concerned about the U.S.- China trade war, the pace of global economic growth, the influence of monetary policy, negative interest rates...the list goes on.

It's possible we're nearing the end of the longest bull market for U.S. stocks. Further inversion of the yield curve last week suggested recession could be ahead. However, it's unlikely to arrive immediately.

If a recession does arrive, remember economic downturns are temporary and are relatively short. The Great Recession lasted 18 months and it was the longest since WWII. Typically, a recession averages six to 16 months, according to the Minneapolis Federal Reserve.

Right now, there is reason to believe the U.S. economy still has some oomph. Barron's reported, "The economy is obviously slowing, but not necessarily heading for recession. That means it is time for caution, not panic."

When people take items that have been discarded and turn them into something of greater value, it's known as upcycling. Repurposing objects is appealing to people who want to live sustainably, people who embrace creativity, and/or people who like to make things...it's got a lot of appeal for a lot of people.

Here are a few interesting upcycling projects you may encounter as you travel:

People's Bike Library of Portland. It's an iconic sculpture that is a tribute to the popularity of cycling, as well as a bike rack and a bike 'lending library.' (Portland, OR)

Carhenge. It's built to resemble Stonehenge, but there is no mystery surrounding Carhenge in western Nebraska. The arrangement of repurposed vintage autos was built in the memory of the designer's father. (Alliance, NE)

The Heidelberg Project. This project isn't a single piece of art; it's an open-air urban art environment. The artist and children from the neighborhood decorate vacant houses. Heidelberg Houses have included: Doors of Opportunity, The Taxi House, The Clock House, Obstruction of Justice, and others. (Detroit, MI)

It has been said that art is in the eye of the beholder. It's also in the portfolios of some investors. The 2018 U.S. Trust Insights on Wealth and Worth® survey found, "...financially driven collectors are increasingly incorporating art into their long-term wealth plans."

"Art is something that makes you breathe with a different kind of happiness."