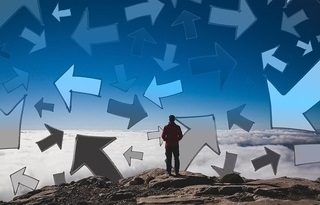 Is it a contrarian’s dream come true?

Contrarian investors like to buck the trend.  They buy when other investors are selling and sell when others are buying.

Last week, Bank of America’s monthly survey of 225 global asset managers, who are responsible for $645 billion in assets under management, found the managers were almost fully invested, believing the economy will strengthen in 2021, according to CNBC.

The survey showed asset managers’, “…cash levels at the lowest since March 2013, global equity allocations at a 10-year high, and a record number of respondents reporting taking a ‘higher than normal’ level of risk,” reported Randall Forsyth of Barron’s.

BLACK HISTORY MONTH.  Throughout the month of February, people in the United States celebrate the achievements of Black Americans.  President Gerald Ford started the tradition in 1976 to “…seize the opportunity to honor the too-often neglected accomplishments of Black Americans in every area of endeavor throughout our history.”  Test your knowledge by taking this brief quiz.

“No person is your friend who demands your silence or denies your right to grow.”