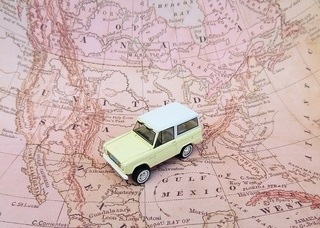 Are We There Yet?

For months, investors have been wondering when the Federal Reserve (Fed) might begin to “normalize” its policies, which will eventually lead to higher interest rates. Last week, a better-than-expected unemployment report – showing a gain of almost one million jobs – sparked speculation about whether we’ve arrived at that point. It’s difficult to know.

When the pandemic began, the Fed adopted policies that stimulated growth. It cut short-term interest rates to zero and began buying Treasuries and agency mortgage-backed securities to keep long-term rates low. These practices make borrowing less expensive for businesses and individuals, according to the Brookings Institute. That’s important in economically challenging times.

In late July, the Fed said it would continue to keep rates low and buy bonds until it saw “substantial further progress toward maximum employment and price stability [inflation] goals.”

The Fed may have already achieved its inflation goal.  Its favorite inflation gauge is called the Personal Consumption Expenditures (PCE), excluding food and energy. It’s a statistic that reflects how much Americans are paying for goods and services. In June, the Bureau of Economic Analysis reported that PCE was up 3.5 percent year-over-year. That’s well above the Fed’s two percent inflation target; however, the Fed’s new policy is to overshoot its target before raising rates.

If July’s employment numbers satisfy the Fed’s expectations for progress on jobs, the Fed may begin the process of normalizing monetary policy. The first step would be to purchase fewer bonds, a practice known as tapering. “Many market watchers are looking for [Fed Chair] Powell to discuss tapering at the central bank’s big policy meeting at Jackson Hole, Wyo. this month,” reported Randall Forsyth of Barron’s.

Major U.S. stock indices finished the week higher and so did the yield on 10-year U.S. Treasuries.

WHAT’S MAKING US MORE PRODUCTIVE?  While the United States has not yet recovered all the jobs lost during the pandemic – 22 million jobs were lost and 16.6 million have returned – productivity is higher than it was when more people were employed. The Economist reported:

“Though output reached a new high in the second quarter, employment remained more than 4 percent below its pre-pandemic level. At present, America is producing more output than it managed just a year and a half ago, with roughly 6 [million] fewer workers.”

Not all sectors of the economy are equally productive either. “The surge in output per worker also reflects the changing mix of the workforce. Employment in the leisure and hospitality industries, where productivity tends to be low, remains about 10 percent below the pre-pandemic level, compared to a 3 percent shortfall in the higher-productivity manufacturing sector,” noted The Economist. As less productive sectors recover, output may return to previous levels.

In the meantime, some employees have been wondering whether it’s necessary to return to the workplace when their productivity has remained high working remotely. In an early July survey conducted by The Conference Board, a majority (56 percent) of lower-level employees questioned whether returning to the workplace was wise, but just 18 percent of chief executive officers shared the concern.

“Whenever you are asked if you can do a job, tell 'em, 'Certainly I can!' Then get busy and find out how to do it.”

Government bonds and Treasury Bills are guaranteed by the U.S. government as to the timely payment of principal and interest and, if held to maturity, offer a fixed rate of return and fixed principal value.  However, the value of fund shares is not guaranteed and will fluctuate. * Corporate bonds are considered higher risk than government bonds but normally offer a higher yield and are subject to market, interest rate and credit risk as well as additional risks based on the quality of issuer coupon rate, price, yield, maturity, and redemption features. * The 10-year Treasury Note represents debt owed by the United States Treasury to the public. Since the U.S. Government is seen as a risk-free borrower, investors use the 10-year Treasury Note as a benchmark for the long-term bond market. * Gold represents the 3:00 p.m. (London time) gold price as reported by the London Bullion Market Association and is expressed in U.S. Dollars per fine troy ounce. The source for gold data is Federal Reserve Bank of St. Louis (FRED). * The Bloomberg Commodity Index is designed to be a highly liquid and diversified benchmark for the commodity futures market. The Index is composed of futures contracts on 19 physical commodities and was launched on July 14, 1998.* The Dow Jones Industrial Average (DJIA), commonly known as “The Dow,” is an index representing 30 stock of companies maintained and reviewed by the editors of The Wall Street Journal.* The Standard & Poor's 500 (S&P 500) is an unmanaged group of securities considered to be representative of the stock market in general. You cannot invest directly in this index. * The Dow Jones Global ex-U.S. Index covers approximately 95% of the market capitalization of the 45 developed and emerging countries included in the Index. * The NASDAQ Composite is an unmanaged index of securities traded on the NASDAQ system. * The DJ Equity All REIT Total Return Index measures the total return performance of the equity subcategory of the Real Estate Investment Trust (REIT) industry as calculated by Dow Jones. * All indexes referenced are unmanaged. The volatility of indexes could be materially different from that of a client’s portfolio. Unmanaged index returns do not reflect fees, expenses, or sales charges. Index performance is not indicative of the performance of any investment. You cannot invest directly in an index. * Yahoo! Finance is the source for any reference to the performance of an index between two specific