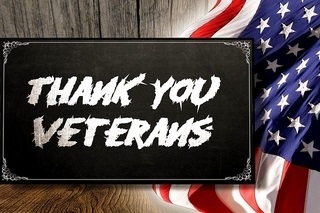 A Salute to Our Veterans!

It is said that markets hate uncertainty but Good economic data boosted investor confidence but that was not the case last week.

“By all accounts, it should have been a terrible week for the stock market. At the close of trading on Friday, we still did not know whether Joe Biden or Donald Trump had won, or which party would control the Senate. There was also set to be at least two recounts – one in Georgia, and one in Michigan – with likely more to come. It’s the kind of uncertainty that the market is supposed to hate.”

Yet, there was little fear to be found in financial markets. Investor confidence may have been grounded in a wave of positive economic news:

While that is all good news, the number of coronavirus cases in the United States continued to increase last week. Randall Forsyth of Barron’s reported, “As politics at long last fades as a factor, the renewed surge in COVID-19 cases looms large…Even without renewed mandated lockdowns, however, people are apt to hunker down voluntarily…that could dampen the labor market’s recovery.”

S&P 500, Dow Jones Global ex-US, Gold, Bloomberg Commodity Index returns exclude reinvested dividends (gold does not pay a dividend) and the three-, five-, and 10-year returns are annualized; and the 10-year Treasury Note is simply the yield at the close of the day on each of the historical time periods.  Sources: Yahoo! Finance, MarketWatch, djindexes.com, London Bullion Market Association. Past performance is no guarantee of future results. Indices are unmanaged and cannot be invested into directly. N/A means not applicable.

A SALUTE TO VETERANS AND GOLD STAR FAMILIES.  This week we celebrate Veterans Day. The U.S. Department of the Interior is celebrating by giving veterans and Gold Star families free access to national parks, wildlife refuges and other public lands, reported the U.S. Department of Veterans’ Affairs.

To gain free admission on Veterans Day 2020 – and every day after – anyone who has served in the United States Armed Forces, including the National Guard and Reserves, can show one of the following forms of identification:

The most frequently visited National Park Service sites across the country include:

“There is nothing so American as our national parks…The fundamental idea behind the parks…is that the country belongs to the people, that it is in process of making for the enrichment of the lives of all of us."